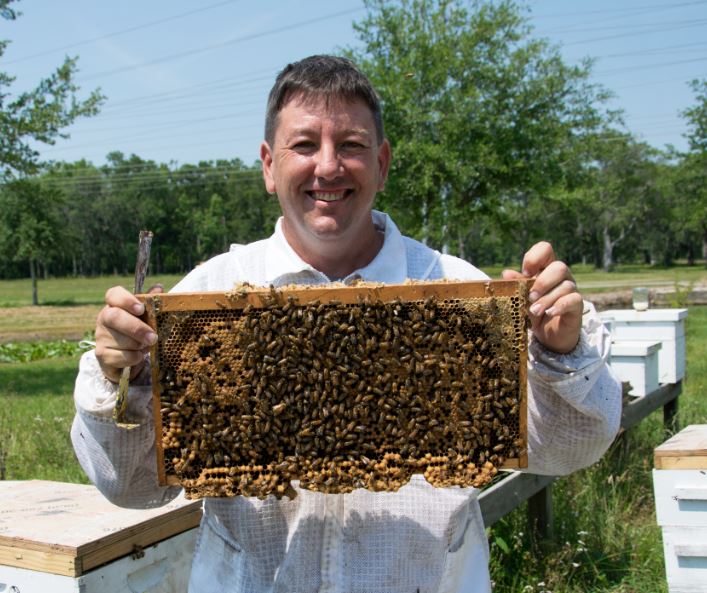 Michael Leach found a passion for bees in 2009 when he started building beehives for other beekeepers, and he was hooked. Four years later he decided he wanted to share that passion with others, and he started Bee Friends Farms. A jack of all trades, Michael brings his carpentry and organizational skills to work every day. A big believer in community engagement, Michael is heavily involved with the Jacksonville Beekeeping Association where he leads a hands-on mentoring program for new beekeepers. Currently, he manages the bees for the Ritz Carlton Amelia Island where he provides honey bee presentations and honey sampling for group events. The health of his bees comes first and Michael is always looking for ways to strengthen the health of the hives he manages. While beekeeping isn’t always easy, it is always rewarding and he wouldn’t trade it for any one of his previous professions.

Outside the Bee YArd: Family ROAD-TRIPS and mountain Biking 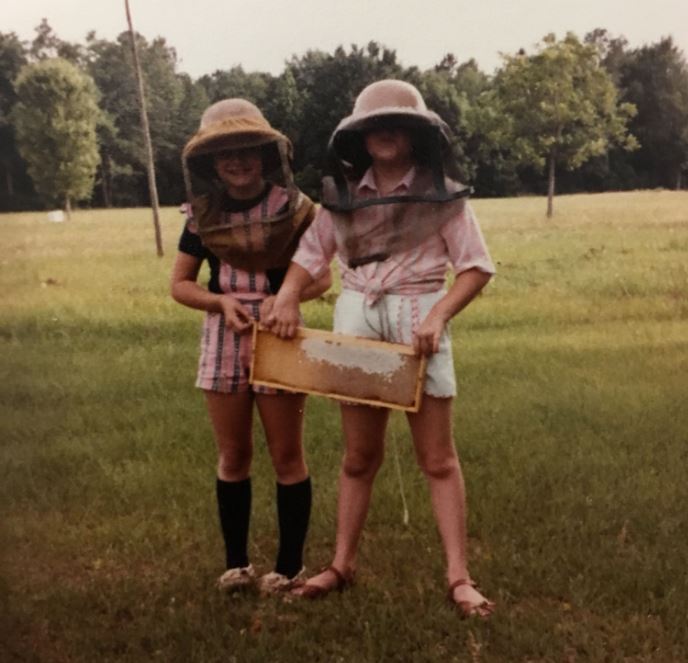 The Queen Bee of Bee Friends Farm, Christie is a third generation beekeeper. She grew up beekeeping next to her father and her grandfather. Thanks to her tireless efforts and constant recipe testing, our Cream Honey is just right! Christie leads our efforts to help schools raise funds for projects with our Honey Fundraiser program. She is an avid “beeliever” in honeybee education and she helps bring honeybee education to the classroom with honeybee sessions meant just for kids. You can often find her set up at Markets around town, with her kids helping her out at the both, make sure you say hello!

OUTSIDE THE BEE YARD: Painting & Drawing The largest part of our team, we'd be lost without them! We try not to favor one team member over another, but our hives are the VIP! Without their hard work and constant ability to persevere, Bee Friends Farm would not be what it is today. Our bees love to travel and we're happy to facilitate! As migratory beekeepers we help our bees get to all manner of backwoods and farms to pollinate plants and crops alike. In the off season you can find them relaxing in field and planning for the next bloom!

FAVORITE HONEY: They simply Can not Choose

OUTSIDE THE BEE YARD: Travel and HORTICULTURE 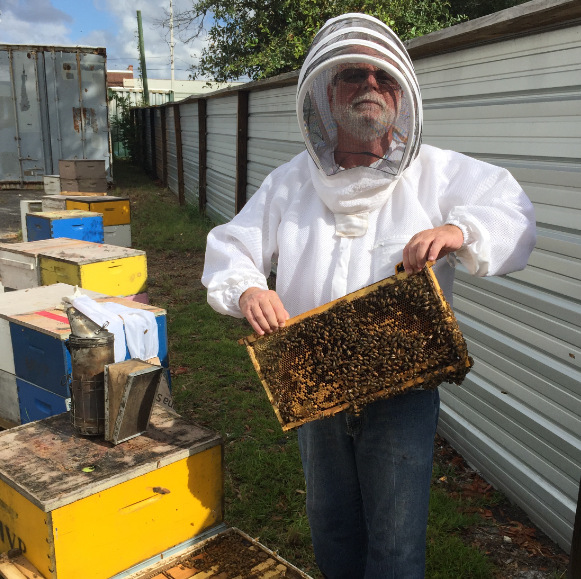 Canadian born, Paul has found a home in Florida! After a 10-year stint in Palm Beach County, he moved to Jax in 1986 and has been on the scene ever since. That same year, he renovated his first old building in Downtown Jax which you now know as the Sally Corp building. For the past 10 years or more he's been part of 927 events and catering which is still a passion of his to this day. He’s had his fun with Harley’s and more, but now he’s on to beekeeping. Paul met Michael in 2004 and they’ve been pals ever since. In 2015, when Paul had the opportunity to work with our resident bee charmer, he took the chance. A partner in the business, Paul makes sure we have all the tools we need on hand to keep the bees happy and the honey flowing!

OUTSIDE THE BEE YARD:
Rehabilitating Century Old (GIVE OR TAKE A DECADe) Buildings